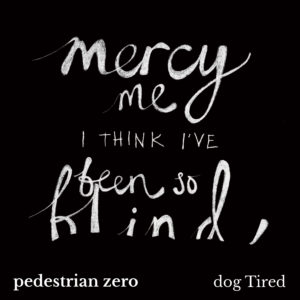 It’s probably rather misguided to try to write a blues song when you don’t really have enough knowledge of the blues, but I tend towards the foolhardy so that’s what I did. All in all I’m pretty pleased I did. Of course, having a blues guitarist contribute to the track won’t hurt, and Jack Lewis did a stellar job. The solo you hear after the middle eight was his first take. Job done.

This month we also had Paul West on drums as usual and Ant Martin playing bass.

Lyrically this song turns on the phrase “what if there are fights you’re born to lose”, which is a question that I keep coming back to. We tend to have a rather triumphalist approach to life, where the girl gets the guy, the hero lives to adventure another day, the underdog wins the televised singing competition and so on. But on average I’m pretty sure you can’t win every battle. I don’t think this means you should stop trying, but I do think you should stop troubling yourself with “what ifs”.