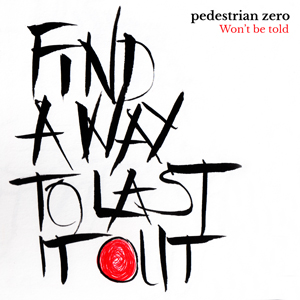 There weren’t any weekend slots to record this one, which drastically reduced the number of musicians we could use. (Not quite at the point where I can reasonably ask people to take days off work here…). So my initial reaction was obviously, why don’t we make a dance song!

I’m not suggesting in any way shape or form that dance or electronic music is easier by the way. Just that we could be less reliant on musicians and use synthesised instruments. Hopefully by this point you’re realising how ridiculously out of my depth I was/am.

So this is my ‘dance’ track. As it turns out, it was quite rocky anyway. You can take the boy out of rock etc.. I put together a drum track, and then we built the rest on that. Everything about this track was done in an embarrassingly short amount of time. The chorus was written the day before recording, the verses and middle 8 were written on the day and so on. But my initial reaction is that it works. I’m not going to claim it couldn’t do with some polishing, but we’re not in the polishing game at the moment.

Luckily Sass was available for some daytime harmonies, and her middle 8 really makes the song for me. Paul‘s touch with the production and synth bass as well as Rob‘s extra electric guitar really filled everything out.

Lyrically, this probably doesn’t reflect my best work. But it was a fun exercise in trying to come up with a catchy hook and building the rest of the song around it in a very short space of time. I don’t know if I’m capable of the level of belligerence implied in the song as a general rule, but I can see an argument for this attitude in certain circumstances.