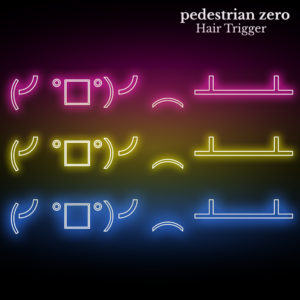 This release marks the year and half point. We’ve been doing this for a year and a half. That’s quite pleasing.

Full embarrassing disclosure, at this point in 2017 I look/looked (never sure which tense to write in, given that I’m writing it now, but now is then because you’re reading it now, which isn’t now, if you get my meaning) like a discount version of Dave Grohl. And I recently went to Glastonbury and saw Foo Fighters headline. I’m not the world’s biggest Foo Fighters superfan, but I love a good Foo’s tune, so it seemed like a nice idea to write something in that vein.

It was nice to come back to some rock if I’m honest. The title’s been kicking about for a while, and it’s unfortunately (given my love of originality) becoming something of an unnecessary observation that some aspects of our culture engender more than their fair share of exaggerated anger – internet and traffic I’m looking at you… And I kind of wanted to say something pertinent.

As ever, this isn’t as easy as I tend to imagine it to be. I have been angry in my time though, and so I started with that and then extrapolated. It’s worth recognising ugly emotions in ourselves and acknowledging that we’re not done yet.

Musically speaking I wasn’t super organised getting people together for this one. Luckily Ant had space in between the bajillion gigs he was doing to play some bass in the morning, but other than that, we were on our own. So Paul on drums and BVs and me on electric guitars and lead vocals. Fun. As long as you don’t want your rock music with technical excellence in the electric guitar department, this should satisfy your fancy.

I think that’s about all I’ve got to say about that. Except if you’re struggling with the artwork, in which case you can read more.