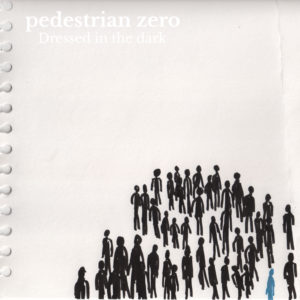 At this rate December is in danger of becoming my ‘try to do electronic music’ month. Although twice is definitely too early to determine whether we have a pattern on our hands. The original idea was to try to make this a lot more EDM, but these things rarely work out. It’s more rocky piano ballad than anything I’d say. But that is at least a synth bass you can hear in there.

Dressed in the Dark came from a little piano idea I was toying with for a month or so. This is the first time I’ve written from the piano. Felt good. We hooked up the Clavinova via midi and I attempted to be a pianist for the second time in my recording… ahem… career. It’s a simple idea, so even I’d be hard pressed to butcher it. I’m pretty pleased all told.

Sass was on hand to provide some beautiful atmospheric background vocals (along with Paul and myself) and I popped some electric guitar on there as well. And so we concluded 2 years of recording a song a month.

I suppose I should say something about the words. In all honesty it was mostly just free writing. The title came first, but it’s a bit tenuous. I was using it to indicate things just not being quite right. It kind of sounds like a break-up song, but it could be more generally about someone having a hard time. Pick your own application I would.

Dressed in the Dark