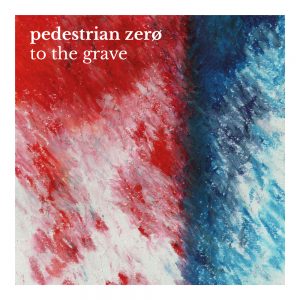 I guess I should put my hands up and admit I was trying to be complicated with this song. I think I’d been listening to Car by Five Iron Frenzy and Times Like These by Foo Fighters and it seemed like a good idea to go with a different time signature. So I went with 5/4 like Car. But then I got a bit overexcited and ended up with some different time signatures thrown in as well.

I actually did sit down and try and rewrite the song in 6/8 all the way through, but it actually lost the edgy energy. The chorus lyrics kind of resolve with the transition into 6/8, which I’m really fond of. So the changes in rhythm stuck.

This song was written roughly around the same time as Pint of Gold, but it didn’t find its way into being released until now. Part of the reason for this was that we’d toyed with it for strangeday before Adam joined. But it didn’t really stick. But I kind of felt like it belonged to strangeday so I left it alone. But it came back to me over the years and this year I decided I’d really like to get it done.

I was able to nab Phil James again for bass and guitars and also Lizzie Rose, of the UK punk band Deadline, who played at NAG Listening Room and has a superb voice. Paul once again played drums, and we sent the whole thing off to Karl to add some strings which really rounds it all out.

This one is about keeping secrets. Or rather, about feeling you have to keep secrets. It’s been my experience that you’re better off talking to someone about things you feel you can’t tell anyone, for whatever reason. Especially in relationships, keeping things to yourself isn’t often a good long term solution. It’ll eat you away.

Since the UK was locked down when this song was released, we made a little family video for the single release, see below: