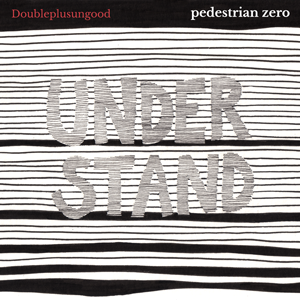 Sometimes you just have to up and record a punk song. Perhaps it was just a reaction to having recorded a gentle acoustic love song, but I decided I wanted to do something loud and dirty.

I’d been kicking around the title for a while. It’s obviously from the book 1984, as you’ve no doubt guessed. It wasn’t originally political in any way, but it was kind of apparent that it needed to be.

Sometimes I have to get the frustration out. Once again, my target is more division that any specific brand of political views. And every quarter is guilty of that to greater or lesser degrees.

Anyhow. It’s all very well attempting to write punk rock music, but my credentials aren’t exactly legit. Kinda like that time I tried to write a blues song. In the same way I coerced Jack Lewis to help bolster my blues chops, it was more than appropriate to steal half of 3dBs Down to help with Doubleplusungood. With 1.5dBs in tow and Paul‘s fearsome energy I was all set to record a beast.

This was a lot of fun to write and play. I’m pretty well pleased with the energy on this song. Hopefully you’re into it to. Bingo bango.