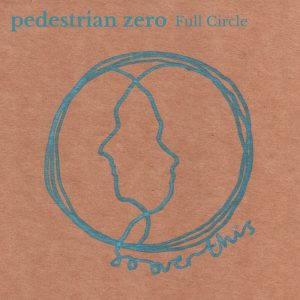 After hearing Phil’s voice when he was doing backing vocal on Folding Flags I very much wanted to get him singing a main vocal with me. So that’s what we did on Full Circle. Although I’d actually like to get him doing more than this song at some point.

This is on the more ‘experimental’ end of songs I’ve written. It all blurs a bit into one until that enormous middle 8 and Paul and Phil definitely had fun mucking about with electric guitar parts. I couldn’t work out how to end it, but then I realised we’d never done a fade out. So we did that with Phil playing guitar solos over it.

The lyrics are quite stream of consciousness in many ways. It’s strange listening back to my voice memos from writing the song. There seems to be a higher than usual amount of discarded lyrics/melodies. It gives the impression of going round and round, either in your own head or with someone else. That said, the coming full circle sounds hopeful here, rather than just coming back around to the same point without having changed.