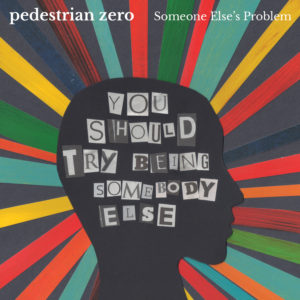 Although it seems that I’m transitioning into a ‘songs making a point’ phase, this song was also written a few years ago. It’s not a new or clever message. Try walking a mile in someone else’s shoes is well-worn as a phrase, but I thought I’d try my take on it. I worry the best part might be the digression about port and starboard. The things I come out with, honestly.

I realised it probably needed a middle 8, and originally, Scott Mallard, was going to oblige (although I scribbled the lyrics down for him). However, time ran away from all of us and this was kind of thrown together the day before recording the guide track. It turned out ok I think. Some of the words got changed. I possibly should have sung the last line of it a little more pointedly, but perhaps not.

Ant signed on for bass, and it was his suggestion that we take a south american direction with it. I confess I didn’t really know what that meant, but Paul did and we were set. Scott was moving (and has now moved) away for a couple of years and I had to get him in to the studio before he went. Luckily he was available. I don’t know if this is anything near a usual style for him to play, but I utterly love it.

Paul had already mostly finished the editing/mixing when he said to me that we should get some keys to fill it out. I don’t really like going back once we’ve got that far, but I could see his point. Luckily a good friend who I don’t see enough, Adam Jarvis from Seeker, was available and turned the keys part around the same day for me. Once again I’ve been spoilt with great contributions from great musicians.