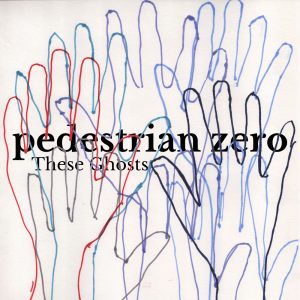 As song a month progressed I found myself more and more writing on tighter schedules – sometimes finishing late the night before the studio. I’ve been enormously spoilt with musicians who can work with this arrangement, but sometimes I’ve had new musicians come in and, to put it bluntly, it’s a bit embarrassing not having a song ready in something approaching a reasonable timetable.

These Ghosts (and the following recording, Oubliette) represent some kind of effort to write ahead of time as a couple of musicians I hadn’t worked with before had expressed interest in being involved in a track.

In the event it didn’t seem to matter. We had Dave Irving (of Denounce and Calico Street Riots) in to play electric guitar and he utterly smashed it. Don’t take my word for it, listen to that solo. Ant Martin swooped in after work to bosh out the bass in a crazy short amount of time, as ever, and Paul and I picked up the rest. We ran out of time because we had so much fun with the guitar, so we had to book in a little backing vocal pickup session.

Lyrically I actually feel I did better than the limited amount of time I gave to the song deserved. I keep coming back to the idea of metaphorical ghosts, and in particular the idea that we create them for ourselves sometimes. Reading through, I think this could probably be autobiographical to a degree, although I like to think I’ve got a lot better at not going round and round in my own head about things.

I constantly forget how fun it is coming up with melodies for songs in minor keys. I should write in minor keys more often.