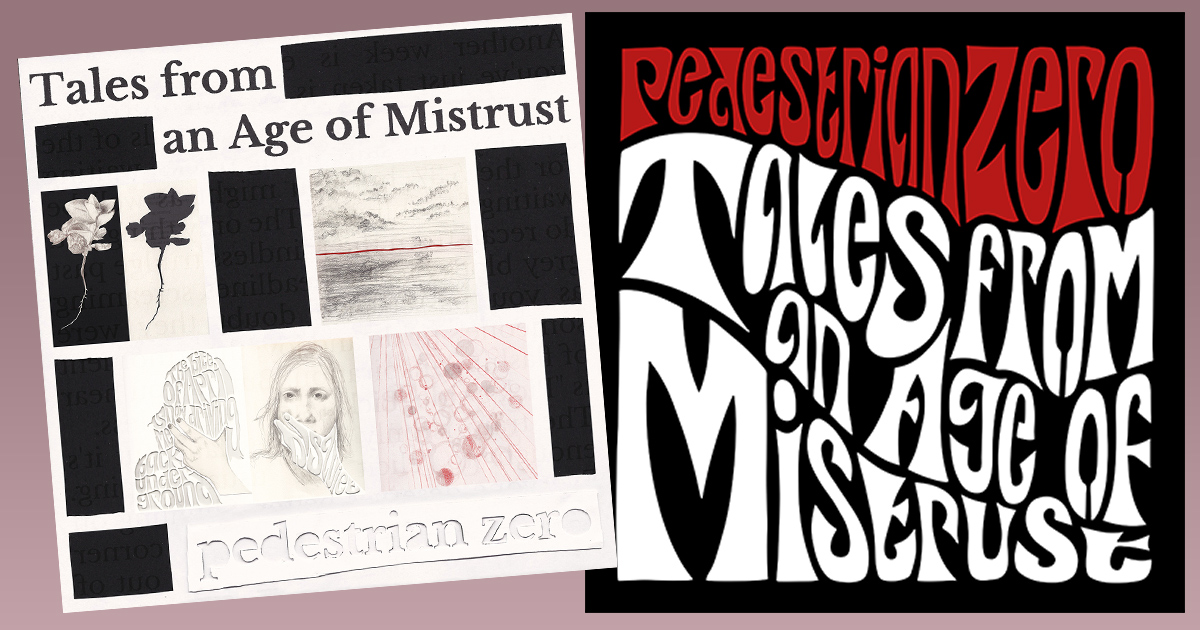 Since it’s too regular an occurrence to merit much mention any more, I’ll skip past the lack of recent updates.

I do have some news though. In addition to three new releases I haven’t mentioned in a blog post yet, I have ducked out of the single release game for four months in favour of recording an EP. The long and short of it was that we weren’t able to record in May because Paul was too busy, and I noticed that of the dates he gave me for June, three were consecutive.

So a hectic week of writing ensued and then we ensconced ourselves in the studio from Thursday to Saturday with Ally, Phil and Han and made Tales from an Age of Mistrust. El and Sam from Paper Scissors Rock collaborated to make the artwork so that we could make some physical stuff. And now I’ve done the unthinkable and have started a crowdfunding campaign on IndieGoGo.

I’m equal parts scared and excited at this prospect, truth be told. It’s already doing better than the singles have, but I have to make a bunch of stuff, and there’s always the question “what if it tanks?” hanging around like a bad smell. Still, I think on the whole it’s better to branch out and try new stuff, even if you fail.

So there we have it. I’ll be back to singles in September I should think. There’s four songs on the EP, so it still works out at a song a month – you didn’t get swindled!

Needless to say, it would be great if you could check it out and bung a few quids my way. But only if you want to.