Didja spot the omission? Probably not, you’re busy with your lives and everything. It’s my job to keep on top of this, not yours.

Turns out I forgot to post photos and a studio report for Flotsam & Jetsam, which has, at this point, been out for exactly 2 months, and was recorded in June. I’ve gone into the dangers of trying to recall details after the event before, but we’ll give this a go for posterity.

The first thing to note is that this song is nearly double the length of previous offerings. Practically, it did make things tricky. You can do half as many takes, and there’s twice as much work to be done in editing and mixing.

A few years ago strangeday did some work on this song. I’ve been keen to do something with it for a while now, as I’m quite pleased with the feel and lyrics. It transpired that Ally was available for this studio date, and I decided that we could go for Flotsam & Jetsam as he’d written the bassline. Aaron had written some splendid guitar parts for the strangeday version, so I asked him to come and reprise those as well as adding a fair bit to them.

The day progressed reasonably well. We tracked the drums in the live room, rather than in the studio room, to get a bigger feel. This did mean a slightly more involved set up process. We then got Ally’s bass parts down, followed by acoustic and electric from me. At this point, it was clear that the timeframes were slipping from what we’d hoped. By the time we moved on to vocals it was clear we weren’t going to fit Aaron’s guitar parts. He’d turned up, but was pretty sanguine about coming back another day.

We set aside another morning, which also turned out to be village day, and sporadically raining. I wasn’t able to be there the whole time, so I got to hear the final parts subsequently as Paul provided mixes. And I was well pleased!

I think that’s about all I have to say about that for now.

Today we have a bluesy type thing called dog Tired.

Have a great week y’all.

This month a day’s recording became a weekend’s recording. Not a solid weekend, mind. But a very enjoyable weekend.

In order to accommodate the people I’d asked to contribute to Somewhere in between, I had to shift things around, and we decided we needed to record the drums before Sunday. It also worked to throw the bass into this session as well. The original plan was to start early evening on Friday, get a scratch track done, then set up and record the drums, and then record the bass.

Traffic on the M25 threw this plan out of the window, so the new plan became to record the scratch track Friday evening, which we duly did, then do drums and bass on Saturday evening. By this point we’d also determined it would make sense to get the lead vocals done after the bass, which we could then comp and edit on Sunday morning ready for Han Goslett to come in and do her vocals.

And so it was that I trooped to Awesome Source studios with Paul and Si on Saturday evening. A good time was had by all. Pizza was consumed, sick beats and phat bass were laid down. It was, once again, a wonderful experience to see something I’d written come alive with other people’s creativity. The night was wearing on by the time we got to the vocals. But, minor disaster! My sinuses thought it better to flood with mucus. Singing “Subwhere id betweed” wasn’t really cutting the mustard for Paul and a fresh plan was settled upon.

An early start on Sunday was conceived, and, fresh from a very hot shower and hopped up on vocalzone, I recorded an 8am Sunday vocal rather than an 11pm Saturday vocal. Potentially less rock and roll, but definitely less congested. The wonderful Han came by mid morning to record her harmonies and a lead part for the end of the song. Then we had the multi-talented Tom from Beer Pressure coming to play both a keyboard AND lead guitar part.

The benefit to “front-loading” the recording process was that, following a late, relaxed lunch, we only had the acoustic guitar and a guitar/vocal intro to record before calling it a day nice and early.

There might be a slightly longer wait for this one as mixing won’t happen ’til next week, but it’s turned out well so far. 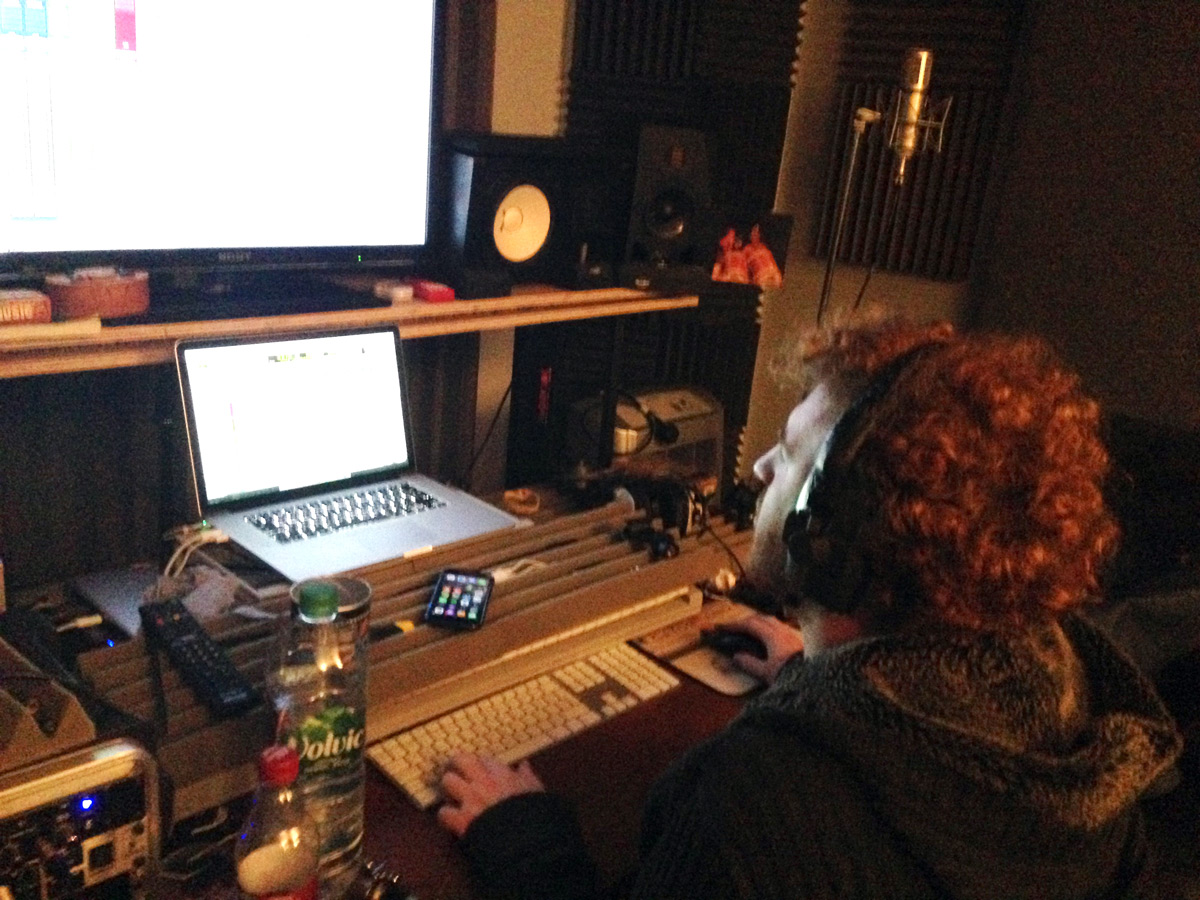 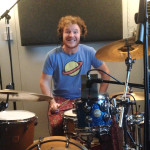 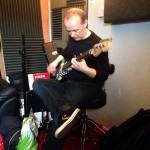 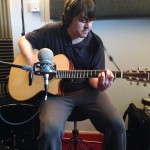 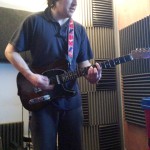 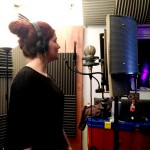