I ‘member this site. I’ve got two good newses. There’s a new song coming pretty soon – more of which just now. Also I’m actually playing a gig tomorrow. Bit weird not being in the studio but having to do this stuff on my own. I’m equal parts looking forward to it and dreading it. Been a while since I’ve done a gig gig without some help from more talented people.

Anyways. The song which should be with you soonish is called Jump cut. I’m jumping back into mildly political waters. It was strange to have been recording it the week everything went down in America, let me tell you. Not planned, but it felt relevant. Despite being written around 4 years ago.

The key line here is about everyone being so sure. I’ve spent a lot of time being very unsure about most things. I find it hard to get on board with people who think they’ve got it all sewn up. Probably mostly because I feel like they’re bluffing. They might not be, but most of us are.

So anyway. Have a little read and whet your whistle for the coming music. Oh and beware. Swearsies.

Jump cut
Caught on film, so I guess there’s no room for doubt
Words you said are all there and we all know the score
Take another look are you sure that that’s what was there
Can you even trust your own memory?

Not sure if I know any more who to trust, what to listen for
Don’t know who’s advice I can take, ‘cos everyone is so fucking sure
There are cracks in the pavement; there’s a light in the window that’s been on for days
In all honesty I’m just tired and all I want is to find a way out of this maze

Are they only telling you everything you ever wanted to hear?
Can you even tell if the things we see are dissimilar?
Feels like something is missing, I’m not even sure what it was
Can you please tell me what just happened 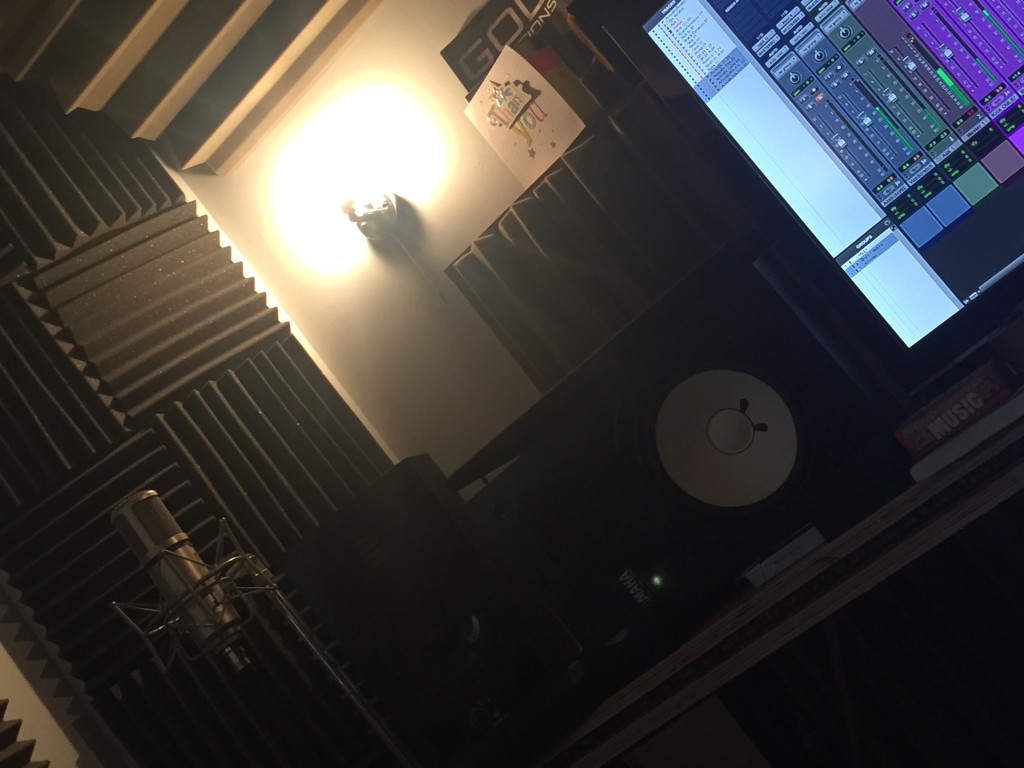 Good Wednesday to you all. I headed over to the studio last night to do some final writing and guide tracking on a song that I will be recording on Saturday.

This one’s interesting and a little tricky. Inspired by some of the behaviour of parliament, in particular during Prime Minister’s Questions, and having come up with a title that’s probably attempting to be funnier or more clever than it actually is, I have gone ahead and written a “political” song.

It’s really a catalogue of things that frustrate me about modern politics and journalism, neatly tied up with a smartarse title and no particularly helpful solution. I understand that there are different political philosophies, I just wish we’d recognise we generally have more in common than we realise. I don’t think all politicians are bad. And I don’t think any party is ‘wrong’. But I’m not particularly impressed with how the whole system is getting along in the UK.

I do also think there are people that are wholly out for themselves at every level of society. I would never presume to accuse a specific person of this, as both sides of the political spectrum are far too fond of doing. I may have my suspicions, but none of us knows the whole story.

So this song isn’t directed at any party. Or even just politicians. It’s meant to be a plea to have some damn humility. I’m aware that it may well be misinterpreted, or (more likely) unnoticed.

I say tricky (I did, honest, it was just a few paragraphs ago) because it’s really hard to write a song where you’re being critical without being guilty of the things you might be criticising. I don’t want to be too negative, but I also think certain behaviours shouldn’t go unchallenged. And honestly we’re all guilty of some of this stuff at various points. Ad hominem is the most insidious logical fallacy because it’s so easy to attack people when we’re angry.

I’m posting these lyrics knowing full well that they might not be finished yet. I suspect even once they’re in the can I’ll have my doubts. That’s probably a good thing.

There’s a whole ‘nother post to be written at some point about my (I think) judicious use of language that some deem offensive to stress a point. Some people won’t even see a problem. Others will be curious. There may even be some people who are disappointed. I don’t want to cause unnecessary offence (please don’t read the lyrics below if such language does offend). If the line prevails come Saturday we’ll probably release a censored version for sensitive ears.

Here we go then. My first attempt at some kind of protest song.

This is little better
Than a playground argument
I find it hard to tolerate
Your willful insolence
Bluff bluff bluster
Ad hominem
Straw man straw man
Ad hominem again
—
Scaremonger, warmonger
Others are to blame
Exaggerate our differences
Shoot them down in flames

Turn a profit line your pockets
The little guy’s at fault
Cherry pick your data points
Sell the bastards short
Use other people’s weaknesses
To undermine their claims
Rig the rules, damn the fools
Everyone’d do the same
—
Oversimplify the issues
Turning up the sound
Pick a side pick a side
Refuse the common ground